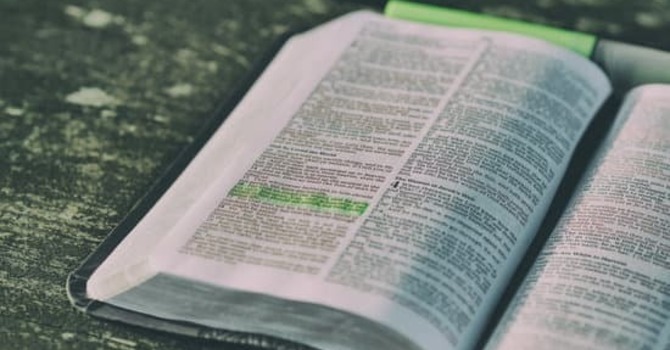 "And the spirits of the prophets are subject to the prophets. For God is not the author of confusion but of peace, as in all the churches of the saints."
-1 Corinthians 14:32-33, NKJV
We are living in a confused society. Despite what biological science has well established from the studies of the Human Genome Project, our society has created a most confusing scenario.

Science affirms what the Bible teaches in Genesis 1:27: "So God created man in His own image; in the image of God He created him; male and female He created them." Both the Bible and science tell us the exact same thing: there are only two sexes of humans. One's body is either biologically comprised of cells containing XX, or XY chromosomes. Period!
In fact, since the findings of the Human Genome Project, one no longer hears the confusing diatribe about there being a, "gay gene," since that was absolutely proven incorrect. Not surprisingly, that is what was being anticipated....anxiously so, (as I recall), only a little over a decade, ago.

Since the scions of political correctness were unable to prove some kind of genetic link to homosexuality, they have now gone one step further. Now, while still claiming their adherence to the almighty system of scientific inquiry, those propagating confusion now tell us that the reality of one's gender is not determined by one's biology, but by how one, "views," him or herself.

In fact, using such terminology, in itself, is now politically incorrect! Gender is not a matter of biology, we are told, but of self-perception. Well, if self-perception determines one's gender, then how is it that the P.C. crowd are telling us it is incorrect to use gender pronouns, altogether?
Confusing, isn't it? You will also notice that instead of saying we are all going to die from, "Global Warming," as they did just a decade ago (which came AFTER we were told in 1989 that the earth would meltdown, within twelve years) now (since we sometimes have colder winters as well as warmer summers) we are told we must surrender our use of all fossil fuels, due to, "Global Climate Change."

Well, the truth is: our climate is changing and always has been, throughout history. The only difference is that we have been taking measurements (due to the creation of such technology) over the past several decades. Our earth has gone through Ice Ages and other such periods of prolonged temperature fluctuation. Furthermore, those changes were taking place long before vast numbers of humans ever knew how to take advantage of fossil fuels.
We are confused by our political leaders, as well! They are ones telling us we must remain separated from our loved ones for fear of the pandemic that is stalking our shores, even as they open wide the gates to our borders while busing thousands of unvetted and untested migrants from all over the world to mingle with us in cities and towns across the nation!

Our emulated and adored Hollywood celebrities continually depict sexually explicit flirtation, workplace dalliances, and adultery on our prime-time television networks for young eyes to see. Yet these are the same people raising their fists and proclaiming their righteous anger at network executives and movie moguls, who molest and harass their young proteges and celebrity wana-be's with promises of stardom.

While we live in an age of confusion, we have a God whose word never changes. So let me ask you: What is your source of news and information?

Subscribe to receive email updates with the latest news.